The administration of U.S. President Barack Obama is seriously considering an intervention in the judgment against the Palestinian Authority over the vicious terror attacks that killed and wounded dozens of American citizens more than a decade ago in Israel.

A jury in New York federal district court found the Palestine Liberation Organization (PLO) and the Palestinian Authority (PA) guilty of supporting terrorists in carrying out attacks in which Americans died.

A DOJ spokesperson told FoxNews.com, “Any filing would be made on behalf of the United States, not on behalf of any other party.”

The attorney for the plaintiffs, Kent Yalowitz, has requested the Palestinian leadership be required to place $30 million per month in escrow while the case is being appealed. He suspects the U.S. government is mulling an attempt to help the PA avoid the bond – a direct intervention by the White House on behalf of those who directly sponsored terror.

In the attacks, a total of 33 died and more than 450 other victims were wounded – including some who were permanently maimed.

The PA – which receives generous foreign aid from the United States and the European Union – pays stipends to the terrorists and their families who carry out the terror attacks. The bigger the attack and the higher the damage, the bigger the stipend, to this very day.

The lawsuit by 10 families was comprised of some 36 members was filed under the Anti-Terrorism Act which allows U.S. citizens who are victims of international terrorism to sue their attackers in United States court.

The international case had dragged on for a full decade before a decision finally was reached.

The PLO and PA were found liable over six shooting and bombing attacks between 2002 and 2004 in the Jerusalem area which were attributed to Fatah’s Al Aqsa Martyr’s Brigades terror group – linked to the leading faction of the Ramallah-based Palestinian Authority government – and Gaza-based Hamas. In two of the cases the attackers were actual PA police officers. One of the suicide bombers was closely linked to a PA military intelligence officer. In a 2004 suicide bombing of a bus, PA police and security officials also confessed to planning the operation and making the bomb.

All of the jailed terrorists and their families, as well as the families of the suicide bombers were paid for their actions by the PA government.

On the day the ruling was handed down, not one American national network carried the “breaking news” story when the verdict was announced, nor was it mentioned on the evening newscasts. 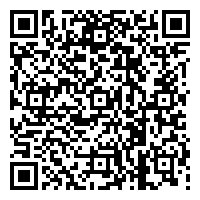