After a perfunctory acknowledgment of the points which America shares with Israel – the “unbreakable bond” between the two, etc. – Obama went straight to the point.


Netanyahu, he said, had “nothing new” to sell in his points about the Iranian nuclear threat.

“On the core issue, which is how do we prevent Iran from obtaining a nuclear weapon which would make it far more dangerous … the prime minister didn’t offer any viable alternatives,” Obama told reporters crowded into the Oval Office as he met with newly appointed Defense Secretary Ashton Carter.

“We don’t yet have a deal,” he said. “It may be that Iran cannot say ‘yes’ to a good deal. I have repeatedly said that I would rather have no deal, than a bad deal.

“But if we are successful in negotiating, then in fact this will be the best deal possible to prevent Iran from obtaining a nuclear weapon.

“Nothing else comes close.”

Although the president said he “scanned” the transcript of the prime minister’s speech, one has to wonder whether he actually, really read it.  To claim that Netanyahu offered “no viable alternative” to the current agreement being negotiated was painting a swathe with a rather broad brush, to say the least.

Here’s the “viable alternative” that Israel’s prime minister came up with, and brought to the U.S. Congress on Tuesday:

“Nuclear know-how without nuclear infrastructure doesn’t get you very much. A race car driver without a car can’t drive. A pilot without a plan can’t fly. Without thousands of centrifuges, tons of enriched uranium or heavy water facilities, Iran can’t make nuclear weapons. Iran’s nuclear program can be rolled back well-beyond the current proposal by insisting on a better deal and keeping up the pressure on a very vulnerable regime, especially given the recent collapse in the price of oil….

“We can insist that restrictions on Iran’s nuclear program not be lifted for as long as Iran continues its aggression in the region and in the world… Now, if Iran threatens to walk away from the table — and this often happens in a Persian bazaar — call their bluff. They’ll be back, because they need the deal a lot more than you do. And by maintaining the pressure on Iran and on those who do business with Iran, you have the power to make them need it even more.

Netanyahu added that the deal currently being negotiated could, in fact, even spark a nuclear arms race “in the most dangerous part of the planet. This deal won’t be a farewell to arms. It would be a farewell to arms control. And the Middle East would soon be crisscrossed by nuclear tripwires. A region where small skirmishes can trigger big wars would turn into a nuclear tinderbox.

“If anyone thinks — if anyone thinks this deal kicks the can down the road, think again. When we get down that road, we’ll face a much more dangerous Iran, a Middle East littered with nuclear bombs and a countdown to a potential nuclear nightmare.” 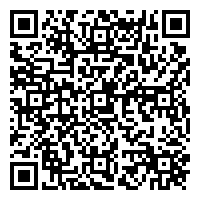