On Thursday, September 20, President of the United States Barack Obama and Hillary R. Clinton, the US Secretary of State, were featured in a thirty second television spot paid for by American taxpayers that was intended to make clear to angry Pakistanis that the US government disapproves of the cheap, artless film that portrays the Islamic prophet Mohammed as a pedophile and a womanizer.  That film is blamed by many as the source of more than a week of rioting and violence by Muslims around the globe in which at least 30 people in seven countries are dead, including the American ambassador to Libya. Two people died in protests in Pakistan.

The ad, which cost some $70,000,  aired on approximately seven different television markets in Pakistan, according to U.S. State Department Spokesperson Victoria Nuland.

The statement includes clips of the President saying, “Since our founding, the United States has been a nation of respect – that respects all faiths. We reject all efforts to denigrate the religious beliefs of others.”

Secretary Clinton then refers to the film, saying,  “Let me state very clearly that the United States government had absolutely nothing to do with this video. We absolutely reject its contents.  America’s commitment to religious tolerance goes back to the very beginning of our nation.”

In what is eerily reminiscent of the cowed population’s response to the evil villain in the Harry Potter series, the name of the offending film, “Innocence of Muslims,” is never mentioned.  The ad featuring Obama and Clinton is labeled: “President Obama and Secretary Clinton remark on the video circulating on the internet.”  There is also a series of videos with ordinary Americans explaining that the offensive video does not reflect the views of Americans.  That series is titled: “Americans Condemn the YouTube video.”  The ads were subtitled in Urdu.

Despite the official efforts to stem Muslim anger, thousands of Pakistanis attempted to storm the American Embassy in Islamabad on Thursday.  When riot police were unable to hold off the crowds, the Pakistani military was called in.

The Pakistani government has proclaimed Friday, the Islamic day of prayer which is when Muslim riots tend to be most extensive and violent, to be a national holiday so that the expected demonstrations can proceed “peacefully.”

The American officials did not film their statements for this advertisement, instead clips were taken from statements condemning the film each official had made earlier.  President Obama’s remarks were recorded in Washington, D.C. on September 12 and those of Secretary Clinton’s remarks were from September 13 in Morocco. The ad ends with the camera fixed on the official seal of the United States of America.

In other action taken by the US government on Thursday, all US citizens were warned to defer non-essential travel to Pakistan until further notice.  American consulates throughout Pakistan have been closed to the public all week. 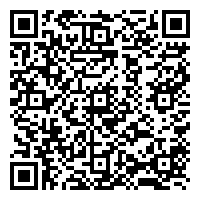