As the year draws to a close we have the book of Deuteronomy before us week after week, reviewing many of the halachos and reminding us of our harrowing trek through the wilderness. Moshe Rabbeinu is the stern narrator, guiding us to the very edge of the Promised Land, a final step he will never take. He pleads with God to let him enter the Land to no avail. Finally, “Moses, servant of Hashem, died there, in the land of Moab, by the mouth of Hashem. And He buried him in the depression, in the land of Moab, opposite Beth-peor, and no one knows his burial place to this day. (Deut. 34: 5).” We complete our reading of the Torah with tears in our eyes for our faithful teacher, prophet and leader, whose life seems to end in angst and frustration. What was the inner life of our brave and tenacious leader?

He was everywhere and then mysteriously disappeared in early Jewish Art. In all of the ancient synagogue mosaics that have survived from the first 500 years of the Common Era, not one depicts Moses. And yet in the Dura Europos synagogue murals, created around 235 CE in what is now Syria, we see Moses depicted no less than eight times, easily the most represented figure in all the 28 narratives depicted. We see his rescue from the Nile by Pharaoh’s daughter in extensive images at Dura featuring Pharaoh, his royal court, the midwives, Yocheved and Miriam, as well as a mysterious female figure fetching the baby Moses from his floating basket. Higher up on the synagogue wall multiple images of Moses are seen; heroically leading us out of Egypt, parting the sea and bringing the sea back to destroy the Egyptian army. Further along he proudly presides and towers over the Miraculous Well (Numbers 21:16-20) that sustained us after Miriam dies. Moses sustains us and then, in this ancient visual narrative, disappears. His poignant death is not even alluded to.

In Ravenna, Italy there flourished a school of Christian mosaic decoration between the 5th to 7th centuries that have yet to be surpassed in beauty and opulence. These churches and monuments formed the capital of the Byzantine Church in Italy, most notably the Basilica of San Vitale (548). These extensive and lush mosaics in the polygonal apse (altar) depict the Empress Theodora on one side and the Emperor Justinian on the other. Immediately adjacent to them are the biblical episodes of Abraham and the Three Angels and the Sacrifice of Isaac opposite the sacrifices of Abel and Melchizedech to God. Significantly, Moses is prominently featured three times. He is tenderly guarding his father-in-law’s sheep and right above that is removing his sandals before what appears to be the Burning Bush conflated with the fiery Mountain of Revelation. On the other side is Moses accepting the Law from the Hand of God. In each image Moses is smiling and clean-shaven, depicted with a halo and in typical Byzantine Roman garb that is, for that matter, much like many of the figures in Dura Europos three hundred years earlier.

While for us these narrative episodes depict the beginning of our redemption as a people and the Covenant at Sinai, for Byzantine Christians the meaning was considerably more complex, almost certainly colored by the interpretations of typology. This form of Christian biblical analysis seeks to synthesize events in the Hebrew bible with the Christian scriptures, notable the belief that much of the Tanach is but an allegory that predicts the life of Jesus. Therefore Moses tending sheep foreshadows Jesus as the Good Shepherd, a humble Moses called by God predicts Jesus calling his humble disciples and the giving of the Law at Sinai reflects the new Christian covenant. This was a prominent form of Christian exegesis to give Jewish subjects an explicit Christian meaning from the time of the early Church, flourishing in the Middle Ages and prevalent up through the Protestant Reformation. Parenthetically it should be noted that Jews have used typology as a means of exegesis from the time of the Mechilta of Rabi Ishmael, a 3rd century midrash on Exodus, not to mention the fact that the Ramban was quite fond of this method of analysis based on the maxim, “ma’aseh avot siman levanim.” But one example of this is on the verse; “And Jacob lived in the land of Egypt 17 years.” …that Jacob’s descent into Egypt alludes to our present exile at the hand of the ‘fourth beast,’ which represents Rome.” (Ramban on Genesis 47:28.) The simple faith of Moses here depicted does not even hint at his tumultuous past nor the burdens of leading a stiff-necked people. 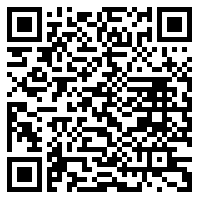