President Obama reflected on the High Holidays and offered New Year’s greetings in a conference call with nearly 1,000 Orthodox rabbis and other Jewish clergy.

In the call, on Friday afternoon, Obama extended the greetings on behalf of himself and the first lady for a sweet, happy and healthy New Year. He noted that the Jewish High Holidays provide an opportunity for Jews to reflect on the past year and recommit themselves to core values.

With the United States marking the 50th anniversary of the March on Washington, Obama also noted the important role played by American Jews in the civil rights movement.

The president also discussed the upcoming enrollment period under the Affordable Care Act and the renewed Israel-Palestinians peace talks.

Survey: 93% of Reform Clergy Ordained after 2010 Officiate at Interfaith Weddings 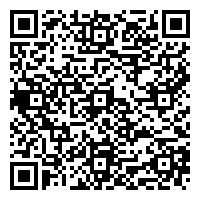