Israeli Deputy Defense Minister Danny Danon has announced that the Likud movement will not support a deal with the Palestinians which turns over our national assets in exchange for nothing. He threatened that whomever attempts to promote such a deal, thus showing that he opposes the Likud’s ideals, would not remain in Likud.

Speaking on Kol Israel radio Tuesday morning, Danon said that the spirit of the “Oslo gang” which is being channeled nowadays by Minister Tzipi Livni, will never be brought back to life by the Likud movement.


Danon said that he trusts Prime Minister Benjamin Netanyahu, and is yet to hear from him that he supports an interim deal with the Palestinians.

“I believe that Netanyahu is aware of the pitfalls and has seen the failures of Oslo and the ‘disengagement’ (in Gush Katif, Gaza),” said Danon. “Anyone expecting us to act as contractors for the Israeli left is wrong.”

Danon shared that he is anxious because the national camp, comprising the majority of the Likud Beiteinu Knesset delegation, as well as the entire Jewish Home party, are not represented in the U.S. driven negotiations with the Palestinians.

Israel’s Channel 2 News on Monday night broadcast a similar report, that Deputy Minister Danon has attacked the prime minister forcefully in a closed meeting of the Likud delegation over the possibility of yet another interim deal (which would inevitably involve additional prisoner releases, more land turnovers, and some Palestinian access to East Jerusalem—in exchange for a signed piece of paper from the other side). Knesset Speaker Yuli Edelstein was also present at that meeting. 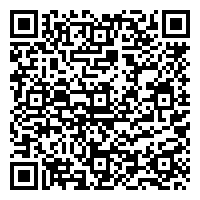