Representatives of the Reform and Reconstructionist movements are saying President Trump has not invited them to join his annual pre-Rosh Hashanah phone call, while Julie Schonfeld, Chief Executive of the Conservative movement’s Rabbinical Assembly said her movement has declined Trump’s invitation, according to the Jewish Chronicle. The call was scheduled for Friday morning, ahead of Rosh Hashana which falls next Wednesday night.

The White House email invitation said: “In commemoration of the Jewish High Holy Days, President Donald J. Trump would like to invite you to a conference call where he will send well wishes for the upcoming holidays and discuss his administration’s progress on issues of interest to the Jewish community. […] We hope that you will accept our invitation to join this exciting call as the Jewish people welcome 5778 and reflect on the past year.”


In late August, four coalitions of Jewish clergy issued statements they planned to boycott the president’s call, in response to Trump’s weak response to the neo-Nazi and white supremacist riots in Charlottesville, Va.

Executive Director for Public Policy at the Orthodox Union Nathan Diament told the NY Times that “it is important that President Trump is holding this outreach call with Jewish leaders and rabbis ahead of Rosh Hashana,” adding: “It is a testament to the American ideal of religious diversity and it is meaningful that the president is continuing this tradition started by President Obama.”

Agudath Israel of America and the Chabad Lubavitch movement will also participate, along with the American Israel Public Affairs Committee, the Conference of Presidents of Major American Jewish Organisations, the Simon Wiesenthal Centre and the Zionist Organisation of America.

But Graham Roth from the Religious Action Center of Reform Judaism sent out an email saying “Reform rabbis, along with Reconstructionist and Conservative rabbis, decided to forgo hosting the annual High Holiday call with the president this year.”

Roth explained that “this was not a decision made lightly, but the president’s lack of moral leadership in the wake of Charlottesville made it necessary,” adding, “We hope that the president will use the call as an opportunity to condemn white supremacy.” 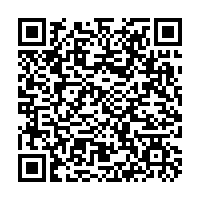