U.S. President Barack Obama explained at a White House press briefing with his guest U.K. Prime Minister David Cameron on Friday, Jan. 16, that the United States has a big advantage in preventing terrorism over Europe: in the U.S., immigrants become assimilated and integrated and feel part of the nation.

Obama’s statement came in response to a query posed by CBS Chief White House correspondent Major Garrett. The question Garrett put to them was, following the recent atrocities in Paris and the raids and threats elsewhere in Europe, whether the two “believe Europe is at a turning point now, in its recognition of what its threats are.”


The U.S. president said that Europe has consistently taken seriously the threat of  “violent extremism,” but that the United States has a “big advantage” over Europe.

“It’s not that our law enforcement or our intelligent service is so much better, although they are very good,” the President said. But, rather, the big advantage the U.S. has over Europe in terms of decreased levels of violent extremism (he never put the word Islam and terrorism near each other), “is that our Muslim populations, they feel themselves to be Americans. And there is this incredible process of immigration and assimilation that is part of our tradition, that is probably our greatest strength.”

Obama acknowledged that the U.S. has suffered its own internal terrorism, and instanced the Boston Marathon bombings. But he pointed out how there are parts of Europe where there is not the same level of integration. That is what he called “the greatest danger that Europe faces.”

Had he left it at that, most people would probably agree that the lack of integration of new immigrants into the customs and sense of nationalism that native born citizens feel is certainly part of the problem, although how to change that might still lead to disagreement. But the president went on to characterize and criticize the way he sees Europe’s response as problematic.

This was President Obama’s stern advice for Europe:

It’s important for Europe not to simply respond with a hammer and law enforcement and military approaches to these problems. There also has to be a recognition that the stronger the ties of a North African, er, of a French man of North African descent to French values, the French Republic, a sense of opportunity, that’s going to be as important, if not more important, in, over time, solving this problem, and I think there’s a recognition, across Europe, and it’s important we don’t lose that.

The British Prime Minister largely agreed with much of what President Obama said during the press briefing. However, in his very British way, Cameron suggested that while his American counterpart made a good point about the need for immigrants to become integrated into the fabric of the host society, and for access to equality of opportunities and support be made readily available, sometimes that is not enough.

Cameron went so far as to say that, actually, this fact was the biggest problem with which they had to wrestle:

Here’s the really determining point. You can have, tragically, people who have had all the advantages of integration, all the economic opportunities our countries can offer, who still get seduced by this poisonous, radical death cult of a narrative , we’ve seen in recent weeks people who’ve gone to fight in Syria, they threaten us here back at home, who’ve had every opportunity and every advantage in life in terms of integration.

So, now the two bobble head leaders were at an impasse. But, Cameron went the next step and made the ultimate statement with which he knew President Obama would agree, and which would allow the two to once again be in synch. The British Prime Minister plowed on to explain what is the real enemy. Maybe you’ve already guessed what that is. 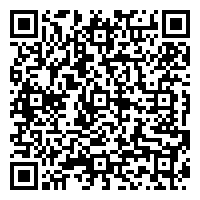