In an advance peek at what looked to be a blockbuster report from Israel’s Channel 2 Tuesday night, we learned that the reporter, Ilana Dayan, spoke with several of President Obama’s closest advisers regarding frayed relations between the White House and the Prime Minister’s House.

Obama’s confidantes undoubtedly believe and attempted to convey the impression that Israel’s Netanyahu is the source of the bad blood.


A preview of the report was published by the JPUpdates, but The Daily Caller realized what was the money quote, and it came from President  Obama’s former political aide, David Axelrod.

David Axelrod is a Democratic political consultant and was a senior adviser to Obama during his first administration as well as a top aide to Obama’s 2012 re-election campaign.

Axelrod suggested that not only is Netanyahu to blame for the bad relations between the two executives, but Axelrod also blames Netanyahu for causing some people to view Obama as not only anti-Israel, but anti-Semitic as well.

Here’s the Obama quote, which comes from Axelrod:

‘You know, I think I am the closest thing to a Jew that has ever sat in this office. For people to say that I am anti-Israel, or, even worse, anti-Semitic, it hurts.’

The political operative, Axelrod, went on to attack Netanyahu’s integrity not only in his dealings with Obama, but as the leader of Israel.

According to Axelrod, Netanyahu is not in that second group, the one made up of respectable people: “I think Benjamin Netanyahu completely falls in the first category.”

It will be interesting to see whether Axelrod serves as an adviser to Hillary Clinton, as he did for her husband, President Bill Clinton.

Another Jewish adviser to Obama, Martin Indyk, was not content to just criticize Netanyahu. He slammed all Israelis for “being ungrateful” to Obama. His basis? “They never really appreciated his rule whereby nothing will harm the security of Israel.”

Indyk talks about Israelis’ security concerns the way a paternalistic but insufficiently attuned university administrator might address what he would call an hysterical co-ed. “You are an emotional nation, not a rational nation. You work from your gut and not your mind.”

Indyk, who most recently served Obama as the U.S. Special Envoy for the Israeli–Palestinian Negotiations from 2013 to 2014, must believe it would have been more logical for Israelis to immediately conclude a peace agreement with the Palestinian Authority rather than to wait for Israel’s neighbors to renounce terrorism before concluding a deal.

Indyk twice served as the U.S. ambassador to Israel. He also served on the board of the controversial New Israel Fund, which awards grants to many far leftist organizations, some of which advocate economic and legal warfare against the Jewish State.

The third close adviser to Obama about whom we learned Channel 2 interviewed for its story is the current U.S. Ambassador to Israel, Dan Shapiro. Like Indyk and Axelrod, Shapiro is also Jewish, but he is the only one who is currently in office. 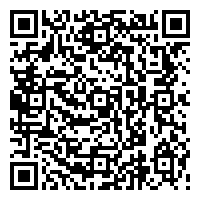