U.S. President Barack Obama assured Israel’s outgoing President Shimon Peres on Wednesday he would ask Attorney-General Eric Holder to “check into” an offer that Peres made regarding the case of former Israeli agent Jonathan Pollard.

Peres’s office submitted his request to the White House prior to arriving for what will be his last official state visit as Israel’s president.


“I made an offer but won’t go into details about it,” he told reporters on Wednesday. However, he did discuss the specifics with members of the Pollard family, he said, before presenting the plan to Obama.

“If I share too many details it will just ruin things,” he said at the briefing. “I cannot say that [the president] responded positively on the spot. I don’t want to add to what he said, which was that the U.S. Attorney-General would decide.”

Pollard is entering his 29th year of incarceration in a North Carolina prison after being convicted in 1985 on a single charge of passing classified information to an allied nation, Israel. The crime usually carries a maximum penalty of up to four years in jail. But although Pollard’s attorneys worked out a plea bargain with the prosecution, during the sentencing a note was passed to the judge. Suddenly Pollard was charged with and convicted of treason without recourse to a new trial. His attorney had no access to the evidence that had apparently led to the new charges, which was locked due to “national security” — and instead Pollard found himself sentenced to life in prison. All attempts at appeal have since failed.

Since Peres was serving as Israel’s prime minister at the time of Pollard’s arrest, and since it was he who submitted the documents to the U.S. with Pollard’s fingerprints that were used to incriminate him, it is Peres who is most likely to persuade Obama now to grant clemency for humanitarian reasons.

He and Obama also share a unique status as being the only two current heads of state in the world who are both Nobel Peace Prize winners.

Pollard’s health has deteriorated significantly over the past several years, and the request by Peres is reportedly to be based on the issues of Pollard’s extremely poor health, the impact on his wife, and the length of his time already served — in short, humanitarian reasons. At age 90, Peres this year retires from politics and made a promise to Pollard’s wife and the people of Israel prior to his departure that he would try to win her husband’s release during his visit to the U.S. He is scheduled to meet again with Obama Thursday. 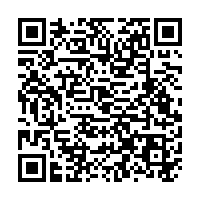