(JNi.media) Speaking to Jewish leaders and the American Jewish community on Friday afternoon, President Barack Obama said he’s had arguments with the Israeli leadership because he considers them his friends, adding that “if I lived in Israel, and I had seen rockets rain down on homes, as I’ve seen when I went to a place like Sderot, if my grandparents had traveled to Israel and lost family in the Holocaust and I hear somebody denying it, I’ve got a visceral reaction that says, how can I do business with somebody like that?”

“What I’ve found after 54 years on this Earth is that my best friends are the ones who I can be honest with,” the president said in a shared webcast with Steve Greenberg, chairman of the Conference of Presidents of Major American Jewish Organizations, and Michael Siegal, chairman of the Board of Trustees of the Jewish Federations of North America, adding, “And if I think that they’re wrong on something, I got to be able to say it. And if they think I’m wrong, they’ve got to be able to give voice to it. That’s what being good friends means.”


Touching the core reason behind Friday’s webscast, the president said, “And I know sometimes that makes it difficult for members of the Jewish community because, as you said, the preference is no daylight, and that means no arguments. But that actually can be dangerous itself if it leads us to make bad decisions that ultimately are bad for the national security of both countries.

Greenberg opened by telling the president “we all want to, and we must emerge from this process united,” and, “We must reaffirm our commitment to that special relationship between the United States and the Israeli people and the Israeli government.” However, as he put it, “We must be vigilant, totally vigilant, in our fight against global terrorism and all of its supporters. And we certainly, sir, must dedicate ourselves to making sure that Iran complies with all the requirements in the agreement, US law, and UN regulations.”

President Obama began by reassuring his Jewish listeners that “this deal blocks every way — every pathway that Iran might take in order to obtain a nuclear weapon. It makes sure that the centrifuges that are currently in Natanz are removed, except for a handful, and it makes sure that they cannot immediately use more advanced centrifuges to build up their capacity to create enriched uranium that might be diverted into a weapons program.”

The president continued, in specific details: “The underground facility of Fordow is converted into a research facility and no longer will have in it centrifuges that could be used to create nuclear weapons or nuclear materials, and might be difficult to reach. The heavy-water facility at Arak that, if struck by a missile, could create a plume and thereby is more difficult to deal with — that is going to be reconfigured.”

And so, with the existing facilities being transformed, a commitment to shipping out stockpiles of highly enriched uranium, an unprecedented verification and inspection mechanism across the entire nuclear production chain within Iran that is—more rigorous than anything that has ever been negotiated in the history of nuclear nonproliferation, the president suggested the deal is foolproof. And, should this foolproof system fail after all, Obama said, “we also preserve the capacity to snap back all the various sanctions provisions that we put in place very systematically … in the event that Iran cheats or does not abide by the terms of the deal.”

At which point the president said, “So with that, why don’t I open it up for some questions?” 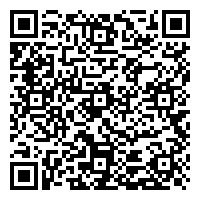