Hillary Clinton once again has proven that the best way for her to win the Democratic nomination for president is to keep her mouth shut.

She now is the target of scorn and anger for her remark Friday that Republicans want to “round up” immigrants and “put them…in boxcars.”

Any reference to packing people into boxcars immediately brings to mind the Nazis’ shipping out Jews to death camps in cattle cars and box cars.

Clinton’s spokesman Mick Merrill said that she there was no allusion to the Holocaust and charged that Republican Jeb Bush also used the word “boxcar,” although his reference was in a statement condemning the idea. He said in June, “I don’t think our country is going to be the kind of country that puts people on boxcars and sends them away.”

Clinton’s full statement on Friday was:

I find it the height of irony that a party that espouses small government would want to unleash a massive law enforcement effort, including perhaps National Guard and others, to go and literally pull people out of their homes and their workplaces, round them up, put them, I don’t know, in buses, boxcars, in order to take them across our border.

I just find that not only absurd, but appalling.

Clinton also suffered foot in the mouth disease on Thursday when she made a snobbish and dictatorial remark after Fox News’ Ed Henry asked her three questions:

Were you aware that your husband wanted to give paid speeches for repressive regimes like North Korea?    Do you have any comment on these new e-mails that have raised questions about the conflict of interest involving your aide Huma Abedin? And finally, can you name one other cabinet secretary who had their own server?

Clinton answered only the first question, which was the least damaging, and preceded her response by saying:

Well, let me answer one of your questions, because I think that’s what you are entitled to. 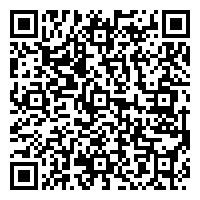