President Barack Obama is planning to visit Israel, the PA and Jordan this spring, probably in March, the White House said yesterday, hinting at a new American effort to restart Israel-Palestinian peace efforts.

Israel’s Channel 10 News cited a source in Washington that said the president will visit Jerusalem on March 20th—the week just before Pesach.


Could be a plot to avoid running into protesting settlers, who would be too busy cleaning…

Obama’s trip, his first to Israel since taking office, appears to show that he intends to concentrate on Middle East politics:

“The start of the president’s second term and the formation of a new Israeli government offer the opportunity to reaffirm the deep and enduring bonds between the United States and Israel,” Jay Carney, the White House spokesman, said Tuesday, “and to discuss the way forward on a broad range of issues of mutual concern, including, of course, Iran and Syria.”

Prime Minister Netanyahu’s office said a visit by the president would be “an important opportunity to underscore the friendship and strong partnership between Israel and the United States.”

Dennis Ross, a former Middle East adviser to Mr. Obama, told the NY Times the trip reflects “a desire to connect with the Israeli public at a time when he can go and not have high expectations about having to produce something.”

Ross added that the president “can create a new beginning with the same prime minister but with a new Israeli government.”

The Times pointed out that Obama visited Israel in 2008 as a candidate, but not during his first term, a fact that was criticized by a pro-Romney commercial saying Obama “traveled all over the Middle East but he hasn’t found time to visit our ally and friend, Israel.”

Incidentally, four sitting presidents have visited Israel: Richard M. Nixon and Jimmy Carter one time each, George W. Bush twice, and Bill Clinton four times (by the fourth time there were rumors he was checking the possibility of running for the Knesset on the Labor list). 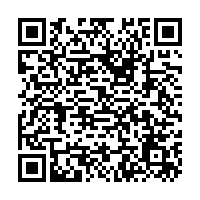