An American official is in Israel to try talk with officials about a regional conference on making the Middle East a nuclear-free zone.

Israel is assumed to have approximately 200 nuclear warheads, if not more, but the government retains a policy of “nuclear ambiguity” in which it does not deny or admit the possession of nukes.


No other country in the Middle East has nuclear power, and Israel’s assumed nuclear stockpile is considered a strong deterrent to enemy Arab countries.

The Arab world has been pressuring American governments for years to force Israel to sign the Non-Proliferation Treaty, which would be an admission the country has nukes and could open the door for Arab countries to insist they also want nuclear power.

Asst. Secretary of State Thomas Countryman is in Israel towards the conclusion of this month’s once-every-five years review conference of the Nuclear Non-Proliferation Treaty.

A Middle East conference on mass destruction weapons was supposed to take place in 2012 but never came to fruition.

Arab countries have failed to convene a regional conference with terms that are weighted against Israel, which has indicated it might join the NPT if there were peace with the Arab world.

The NPT review process is in its final week in New York. There’s no final text on this issue of the Middle East conference. We are working to ensure that a final text meets our interests and those of Israel. Both the United States and Israel support the creation of a WMD-free zone in the Middle East. We’re closely working with our Israeli partners to advance our mutual interests, including preserving the NPT. 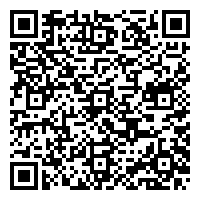