(JNi.media) Under the terms of Jonathan Pollard’s release, due this Nov. 20, he must remain in US territory for five years, under supervision, which would preclude any plans of making aliyah—he already received his Israeli citizenship some 20 years ago. According to the Washington Post, Pollard’s supporters have asked Prime Minister Netanyahu to ask President Obama at their Monday meeting—which was reportedly better than expected and lasted 45 minutes longer than scheduled—to use his executive power to waive the parole condition and allow the released spy to go to his new home.

Last week, Obama’s deputy national security adviser Ben Rhodes told reporters he “wouldn’t be surprised” if Netanyahu raised the Pollard issue with Obama, but Netanyahu would not confirm or deny when reporters asked him after the meeting about Pollard.


Pollard’s attorney said last week that his client was going to live in New York, where he had a job and a home waiting for him, but, if he could, he would have preferred to join his wife, Esther, in Israel. “He wants to make a contribution, he has lots of significant ideas,” the attorney said.

But, judging by Netanyahu’s silence, the official White House line and the absence of leaks to the contrary from the White House, it appears President Obama will not intervene to let Jonathan Pollard skip his parole period and go home. Pollard is 61, which means that, after serving out his 5 halfway years, he could start collecting Israeli social security. He did contribute quite a bit to Israeli security, after all.

Meanwhile, Gail Berman’s The Jackal Group is developing a feature film about the Pollard’s case, based on Martin Blank’s play “The Law Of Return,” about Pollard’s work for the US Navy, and the process of his becoming a spy. Blank will write the script, Berman and SVP Film Development’s Rory Koslow are producing for Jackal Group. Perhaps the released Pollard could be hired as consultant. 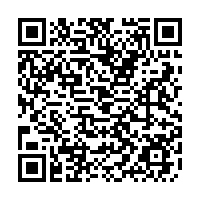