(JNi.media) Justice Minister Ayelet Shaked (Bayit Yehudi) said she was pleased with a court ruling on a modified government plan dealing with illegal migrants from Africa and said that “Israel’s hands used to be tied when it came to solving the difficult problem of infiltration. Today we’ve reached a breakthrough that will allow for the State of Israel to act openly in passing infiltrators to third countries.”

The Be’er Sheva District Court on Sunday rejected a petition filed by refugee rights groups, against the arrangement that allows indefinite confinement in the Saharonim detention center for individuals “who refuse to leave to a third country,” NRG reported. Judge Rachel Barkai ruled that “after its revisions, the new outline regarding procedures for monitoring and supervising the implementation of the arrangements by third countries stand the test of integrity and is free from defects and flaws.”


The petition was filed last July on behalf of two asylum seekers who were about to be imprisoned indefinitely in Saharonim after having refused to leave for Rwanda, as well as on behalf of the Center for Refugees and Immigrants, the Association for Civil Rights in Israel (ACRI), Physicians for Human Rights, Kav La’Oved, ASAF – an aid organization for refugees and asylum seekers in Israel, and ARDC – the African Refugee Development Center. These petitioners argued that it is uncalled for to imprison anyone who refused to leave for a country where they would not be safe, and would be forced to embark on a dangerous journey from there.

Deputy Prime Minister and Minister of the Interior Silvan Shalom (Likud) said that “Confirming the removal of infiltrators to third countries (other than their own) is the humane and just solution, ensuring the safety and security of the citizens of Israel on the one hand and of the infiltrators into Israel on the other.” Shalom added, “I believe that the flow of infiltrators leaving Israel, which will increase, will enable Israel to restore peace to the neighborhoods and residents of the periphery.”

The vast majority of complaints against illegal migrants in Israel came from the underprivileged neighborhoods around the country where they chose to settle—seeking cheap housing. The problem widened the rift between Israel’s well to do citizens, who empathized with the suffering asylum seekers, and the poor Israelis who had to share their neighborhoods with them.

The court ordered a stay of the judgment for 21 days, to allow the filing of an appeal with a higher court. Judge Barkai also recommended that the state consider delaying the implementation of the new policy by a few months, to test the regularity and integrity of the oversight process for monitoring the migrants’ departures. 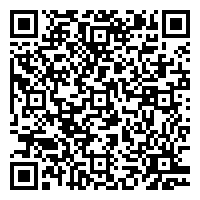