The State Dept. was caught in yesterday’s press briefing claiming there were no “secret deals” with Iran but admitted that it has no written copy of the arrangements it is defending.


Republican Sen. Bob Corker has said that IAEA director Dr. Yukiya Amano did not accept an invitation to testify at Senate Foreign Relations Committee hearings on the deal.

Toner declined to say whether Dr. Amano should testify but added:

There’s [sic] no secret deals, and we heard that expression thrown out constantly over the last couple of days. That couldn’t be farther from the truth. The IAEA, which is the one that verifies – will verify this deal, does create arrangements with countries under what’s called the Additional Protocol.

And Under Secretary Sherman has already had a secure briefing with the House leadership talking about this arrangement, and we’ve continued to provide or we will continue to provide those briefings in a classified setting, as needed….

So the perception that this has somehow been – that Congress hasn’t been looped in on this, and what we know about these arrangements is, frankly, incorrect. But they’ve had to take place in a classified setting.

Fine and dandy, but the reasonable assumption is that someone knows about the arrangements.

We haven’t received a written copy of it, but we have been briefed on the contents.

So someone with a photographic memory has looked at it and copied everything down in their brain and then repeated it up on the Hill?

Toner fidgeted and explained that “nuclear experts with much bigger degrees than I can ever attain have looked at this and their comfort level with it is good.”

But that does not answer the question, “If there is no secret deal, why isn’t a written version available? 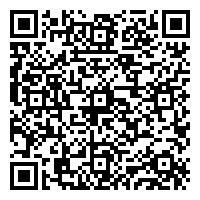