With oil prices going down, Saudis may begin selling even to Israel. Or it may not.

Saudi Petroleum Minister Ali Al-Naimi was supposedly quoted in the Kingdom of Saudi Arabia’s Kuna news that the Kingdom is willing to sell oil to any country that wants to buy it, including Israel.


“We do not hold a grudge against any nation and our leaders promote peace, religious tolerance and co-existence,” Al-Naimi was quoted as saying by the Kuwaiti news agency KUNA.

“His Majesty King Abdullah has always been a model for good relations between Saudi Arabia and other states – and the Jewish state is no exception.”

The Oil Minister was reported to have made the statement at a press conference held in Vienna on Sunday, Nov. 30. It was reported by several Arab and Israeli media outlets, but it may have been a hoax.

Even so, if it sent more shivers down the spine of Vladmir Putin, who is watching the ruble collapse and the Russian economy dive in a tailspin because of plunging oil prices on top of American economic sanctions, the false report was worth it. 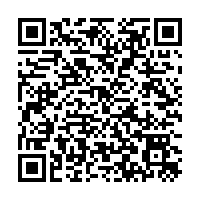