The policeman who was stabbed and wounded last week in a terror attack in the Old City of Jerusalem last week was released from the Sharei Tzedek Medical Center on Sunday, according to hospital spokesman Yossi Gutsman.

The policeman arrived in the hospital with multiple stab wounds to his upper body. He was listed as moderately wounded and was treated in the trauma center.

The two teenage terrorists who stabbed him at the entrance to the Temple Mount were killed in their attack. 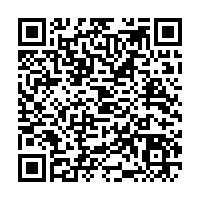