Only 47 percent of American adults think that President Barack Obama loves the United States, and 35 percent said he does not, according to a new poll published by Huffington Post in coordination with the British-based YouGov poll.

This was not a popularity poll. It was a survey concerning the leader of the country’s love for the nation he is supposed to be leading. It would be shocking if even 10 percent of American citizens thought their president does not love the United States.


The poll showed extremely sharp differences of opinion along party lines, with 85 percent of Democrats not questioning Obama’s love for America, while only 11 percent of Republicans do no question it.

The survey also revealed that most Americans – 52 percent – have an unfavorable view of President Obama.

The poll was carried out one week after former New York City Mayor Rudy Giuliani’s said a dinner in New York:

He later clarified that he was not questioning Obama’s patriotism and wrote in The Wall Street Journal this week, “I didn’t intend to question President Obama’s motives or the content of his heart. Irrespective of what a president may think or feel, his inability or disinclination to emphasize what is right with America can hamstring our success as a nation.

“It sounds like he’s more of a critic than he is a supporter. You can be a patriotic American and be a critic, but then you’re not expressing that kind of love that we’re used to from a president.”

The former mayor explained that Obama’s anxiousness to negotiate with Iran over its nuclear development indicates that he does not love and understand Western civilization. 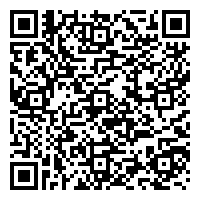