Israeli leaders expressed shock and condemned the incidents in Washington D.C. in which pro-Trump supporters stormed Capitol Hill and took control of the building for a short time.

Four demonstrators were killed, several others were injured, members of the security forces were likewise injured, and dozens of the rioters were arrested.

“Lawlessness and violence are the opposite of the values we know Americans and Israelis cherish. The rampage at the Capitol yesterday was a disgraceful act that must be vigorously condemned.,” he said.

“I have no doubt that American democracy will prevail – it always has,” he added.

Foreign Minister Gabi Ashkenazi stated Thursday that he “was shocked to see last night’s attack on the US Congress, the stronghold of world democracy, and I strongly condemn it.”

“Since its independence, America, our great and true friend, has been a beacon of democracy, and stood for the values of freedom, justice and independence,” he stated, expressing confidence that the “American people and their elected representatives will know how to fend off this attack and will continue to defend the values on which the United States was founded.”

Minister of Defense Benny Gantz said that the images from Washington “hurt the hearts of everyone who believes in democracy.”

“I did not believe I would see such scenes in the most powerful democracy in the world,” he added.

The incident “is proof that before political rivalry, we must agree on the rules of the game: Maintaining the rule of law, respecting democratic procedures and respectful discourse,” he said.

Vice President Mike Pence said to “those who wreaked havoc in our Capitol today, you did not win. Violence never wins. Freedom wins. And this is still the People’s House.”

“We condemn the violence that took place here in the strongest possible terms. We grieve the loss of life in these hallowed halls, as well as the injuries suffered by those who defended our Capitol today,” he stated. 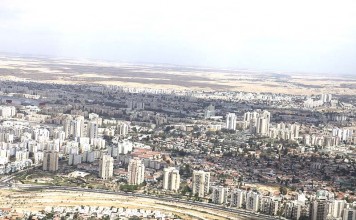 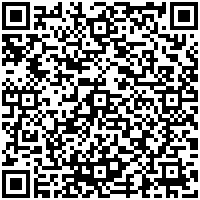