The censor has permitted the following for publication:

Early Thursday morning, July 17, at approximately 4am, a Gaza/Hamas terror cell, consisting of 13 terrorists, exited a secret terror tunnel, that opened up near near Nachal Oz and Kibbutz Sufa, east of Gaza.


(Update: there are unconfirmed reports that there were 15 terrorists. Report will be updated if needed).

The terror cell, now under IDF gunfire tried to run away back into the terror tunnel. At that point IDF artillery, tanks and the air force began shelling the tunnel and the terrorists.

No IDF soldiers were injured in the attack. At least 8 terrorists have been killed. The tunnel has been destroyed.

Among the weapons on them, the terrorists had  at least 20 RPG-7 rocket launchers, as well as guns, grenades, and more.

By 7:15 this morning, all the towns near Gaza, except Sufa, Hulit, and Kerem Shalom have returned to normal status. Those three areas are still on high alert.

At the beginning of Operation Protective Edge, two major terror tunnels were blown up, that exited inside Israeli territory.

Over the past year, at least four additional major terror tunnels from Gaza into Israel have been discovered and destroyed.

It is believed that Hamas has built numerous terror tunnels that crisscross from Gaza in Israel, for the purpose of kidnappings and terror attacks.

Israel is planning to hold another cease fire at 10am today, this time for “humanitarian” purposed. Hamas will obviously use this time to regroup, to attack again. 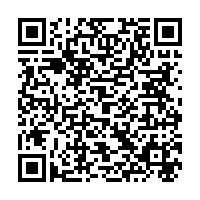