The body of a 14-year-old terrorist-in-training killed while attacking Jewish drivers on Friday night was dressed in his finest for burial this weekend. Orwa Abd al-Hadi Hammad was tenderly wrapped in a black-and-white checkered keffiyah.

The Palestinian Authority-American Arab teen was certainly no boy scout. He was killed while hurling a firebomb (Molotov cocktail) at passing Israeli vehicles on Highway 60 north of Jerusalem.

Israeli soldiers who had set up a lookout patrol on the highway spotted the group of teenage terrorists attacking civilians passing on the road.

The slogan and logo were translated by Yigal Carmon and Dr. Mordechai Kedar from a photo published on the website of the Bethlehem-based Ma’an news agency. They indicate that Hammad was linked to the Izz a-Din al-Qassam: the military wing of the Hamas terrrorist organization.

Born in New Orleans, Louisiana, Hammad moved to the PA village of Silwad with his family at age six, according to the U.S. State Department. The U.S. had immediately issued a statement of “deepest condolences to the family of a U.S. citizen minor who was killed by the Israeli Defense Forces during clashes in Silwad.”

Hammad’s cousin admitted, meanwhile, that he was part of a group who were hurling rocks and firebombs at cars traveling down Highway 60 on Friday night.

The velocity of a rock or fireball the size of a baseball or larger, when hurled straight into the moving windshield of a driver or front seat passenger, can create an impact that shatters the glass instantly. At the very least, the driver is stunned, if not badly wounded. Or dead.

Road terror attacks are intended to kill, and they have. When they don’t, they maim their intended victims. Failing that, they succeed in traumatizing their targets.

This is not about “throwing rocks” like little school children. This is an issue of life and death — on both sides of the road — because in Israel, people of any age who hurl rocks or firebombs or fireworks at traveling vehicles are doing it in order to kill those within. That qualifies them as terrorists, qualifying them as a potential deadly threat to a driver and a target the second they raise a hand to hurl any form of ammunition at a traveling vehicle, its driver and its passengers. 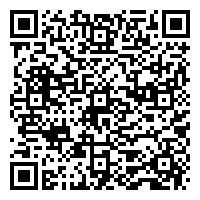