Kerry allegedly phoned Netanyahu over the matter, adding a suggestion that Israel consider releasing that fourth group of terrorist prisoners that were held back from the final tranche that was canceled when the previous set of talks crashed and burned.


But Israel’s prime minister didn’t see things the same way, according to a report in the London-based Al Quds al-Araby – prompting Kerry to cancel his scheduled visit to Israel next week.

It is worth mentioning at this point that such reports are often best viewed with at least a large tablespoon of salt.

A source quoted in the Palestinian Authority also told the newspaper that a PA delegation to include chief PA negotiator Saeb Erekat and intelligence head Majid Faraj said they would travel to Washington tomorrow (Tuesday) to meet instead with Kerry there, and present a new initiative.

Another PA delegation headed by PLO official Mustafa Barghouti is set to arrive today (Monday, Sept. 1) in Cairo as well. There, too, discussions will include – in addition to the follow-up to cease-fire arrangements with Gaza – the issue of restarting talks between Israel and the Palestinian Authority.

It’s the same PA officials who plan to charge Israel with war crimes and violations of international human rights laws.

(Allegedly the PA has said they are planning to “delay” their applications to the UN Security Council and other international commission, IF an agreement is reached within four months.)

It’s also the same PA unity government that includes the Hamas terrorists who kidnapped three Israeli teens and murdered them in Gush Etzion on June 12.

The same PA government that is led by the Fatah faction, which includes the Al Aqsa Martyrs Brigades terrorist wing – which participated in the firing of rockets, missiles and mortars at Israel from Gaza.

The same PA government that has reneged on every agreement and backed out of every negotiation deal it has ever made with Israel.

The same PA government that has never managed to meet even the most basic obligations about working towards a ‘language of peace’ it agreed to under the Oslo Accords that established its existence as an entity in the first place.

The countless publications of the Palestinian Media Watch (PMW) organization, which monitors PA media publications and broadcasts make it clear there have been no changes whatsoever in the glorification of terror at the government level from Ramallah. So how does Mahmoud Abbas differ from Hamas leader Khaled Meshaal?

Simple. He wages war with words, encourages terror at the diplomatic and educational level.

It’s the most dangerous terrorism of all, and the United States and Europe both fund his efforts, full throttle. 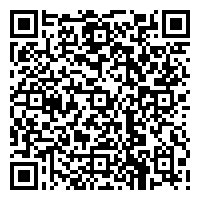