Will a Palestinian Authority unity government leave thousands of missiles in the hands of terror groups in Gaza? So it would seem.

In the event the Fatah faction led by Palestinian Authority Chairman Mahmoud Abbas actually manages to create a unity government with the Hamas terror organization, the two entities will need to integrate their security establishments.


In Ramallah, the PA paramilitary police force is armed with AK-47 assault weapons, among other things.

More than 12,000 rockets, mortars and missiles have rained down on southern Israel from Gaza in the past decade. Thousands more remain.

But it is not clear what will happen to those missiles when the unity government is formed.

Dr. Aaron Lerner of the Independent Media Review and Analysis (IMRA) watchdog agency asked a Reuters Bureau Chief whether the news outlet had put the question to Hamas.

“When I asked a spokesman for [PA chief negotiator Saeb] Erekat if ‘honoring commitments’ included the interim agreement commitment that bars weapons such as rockets and missiles he refused to reply – only repeating that would ‘honor commitments,’ “ Lerner wrote to the bureau chief in an email.

In response, Reuters responded, “Mahmoud Al-Zahar did not specifically mention missiles or rockets, but was adamant that whatever happened, the militant forces would remain independent. Given that, I imagine that the missiles would also remain in the hands of Hamas or Islamic Jihad.”

It is clear that regardless of which side answers the question, neither is willing to make a commitment to laying down their arms. Both are committed to ensuring that the missiles remain in terrorist hands – where they can be aimed at Israeli civilians. 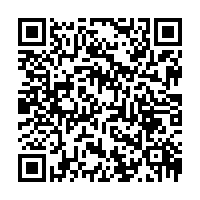