The song, which sings the praise of Palestinian Authority leader Mahmoud Abbas’ Fatah Movement, promises to “come at you from the sea like a wave.” While these words are sung, photos are shown of arch-terrorist Dalal Mughrabi, who led the murder of 37 Israelis, 12 of them children, in an attack launched by infiltrating Israel from the sea in 1978, known as the Coastal Road Massacre.

In addition, the song states that the Fatah flag will be “raised with the rifle,” and quotes former PA and PLO chairman Yasser Arafat glorifying death for “Palestine” — “For you O homeland, by Allah, death is sweet for me.” Footage is included of armed Fatah fighters. The song ends by stating Fatah’s goal is to “break the Jews.”

“We will raise the Fatah flag with the rifle…
At Al-Karameh [battle] and Eilaboun (i.e., terror attack), for the homeland we will encircle the world
We will come at you from the sea like the wave…
Visual: Photos of terrorist murderer Dalal Mughrabi who attacked from the sea
Yasser [Arafat] said this statement in a loud voice:
For you O homeland, by Allah, death is sweet for me
Jerusalem is ours, and we are marching, and we will bring millions of Martyrs…
The love of Fatah unites us, and may Allah add to it
Whoever speaks about [Fatah’s] division – by Allah, we will eliminate him
Our hearts are for [Fatah], and we are soldiers, until we break the Jews”
[Official PA TV, Nov. 10, 2017]

During a period of intense violence and terror attacks in November 2014, Fatah posted on its Facebook page this song calling for murder:

“I’m coming towards you, my enemy,
We’re going down from every house with cleavers and knives,
With grenades we announced a popular war.
I swear, you won’t escape, my enemy,
from the revolution and the people.
How will you escape the ring of fire,
while the crowds are blocking the way?”
[Facebook, “Fatah – The Main Page,” Nov. 22, 2014]

The Karameh battle, or Al-Karameh – On March 21, 1968, Israeli army forces attacked the town of Karameh in Jordan, where Fatah terrorists had been launching attacks on Israel. Although Israel prevailed militarily, Arafat used the event for propaganda purposes, declaring the battle a great victory that erased the disgrace of the 1967 Six Day War defeat. 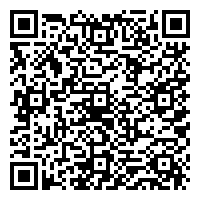