China signed a memorandum of understanding (MOU) on “free trade” last Thursday with the Palestinian Authority in a ceremony held at PA Prime Minister Rami Hamdallah’s office in Ramallah.

The MOU document was signed in the presence of Hamdallah and China’s ambassador to the Palestinian Authority, Chen Xingzhong, according to an announcement by the official WAFA news agency.

Hamdallah met with China’s deputy Minister of Commerce, Wang Shouwen, prior to the ceremony, and reportedly “praised China’s continuous support” for the Palestinian Authority. He discussed the importance of China’s participation in the Tarqumiya industrial zone to be built in the Hebron district, noting that it will contribute to reinforcing the Palestinian Authority economy and will help create jobs.

Hamdallah also briefed Shouwen on what he called the “obstacles facing development in Palestine as a result of the Israeli occupation especially in Area C,” a portion of Judea and Samaria which remains under complete legal Israeli control in accordance with the terms of the internationally-recognized Oslo Accords signed both by Israel and the Palestine Liberation Organization in 1993. 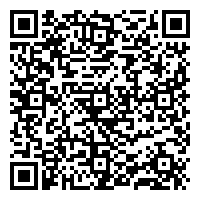