Secretary of Defense Leon Panetta said on Wednesday that if Iran does not negotiate acceptable limits on its nuclear program, it could face U.S. military action in tended to stop it from developing a nuclear bomb, the Associated Press reported.

Standing outside the city of Ashkelon just north of the Gaza Strip in southern Israel, next to an Iron Dome rocket defense system, Panetta was attempting to counsel patience to his Israeli host, Defense Minister Ehud Barak, saying every measure short of military action had to be exhausted first, while waving the big stick of the threat of an American involvement in an attack on Iran.

Barak described a unanimous front of American and Israeli forces against Iran. And despite his guest’s words of caution, he reiterated his government certainty that time is running out on stopping Iran from building a nuclear device that could be used against Israel.

Barak said he sees an “extremely low” probability that international economic sanctions could force the Iranians to give up their aggressive ambitions.

“We have clearly something to lose” while the world waits for sanctions to work, Barak said, “because the Iranians are moving forward,” enriching uranium that could be used to build a bomb.

Panetta said several times that “all options,” an all out military attack included, are being considered, in case sanctions and diplomacy were to fail. He expressed his hope that Iran would use the negotiations as a way out of the crisis.

Nevertheless, according to Panetta, “If they continue and if they proceed with a nuclear weapon, … we have options that we are prepared to implement to ensure that that does not happen.”

As for Iran’s enemies’ efforts to open new economic and soft war fronts against the Islamic Iran, Sayyari said, “They would fail in those fronts too.”

Meanwhile, Vice-President and head of Iran’s Atomic Energy Organization Fereidoun Abbasi on Wednesday dismissed any rumors about a cyber attack on the IAEO computers. Responding to a question about foreign press reports of a cyber attack, Abbasi said “Do you believe the speculation spread by foreign media?”

Needless to say, none of the reporters present confessed much faith in the foreign media.

“We are carrying out our normal activities at nuclear sites,” Abbasi concluded. 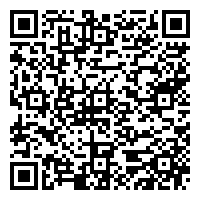