Following is the essential Passover set of reminders, if you will. We strongly recommend that you consult a rabbi or a friend or a friendly rabbi for any one of these items which may cause you anxiety. Obviously, one can spend all the time starting after Hanukah in preparation for Passover, but most of us don’t.

Passover—Pesach, the Jewish festival celebrating our redemption from slavery in Egypt in the 1250s BCE, begins on the 14th day of the month of Nisan in the Jewish calendar, which is in spring in the Northern Hemisphere, and this year begins at sunset, Monday, March 25.

Passover  is celebrated for seven days in Israel, eight days everywhere else. It is one of the top four Jewish holidays celebrated in America, alongside Hanukah, Rosh Hashanah, and Yom Kippur.

Passover-Pesach is unique among the holidays on the Jewish calendar in its prohibition against chametz, which is defined as five types of grains that have been combined with water and left to stand for more than eighteen minutes—the renowned “leavening” or fermentation. This includes bread and cake, but also a very long list of products, not all of them foodstuff.

The consumption, keeping, and owning of chametz is forbidden during Passover.

A typical observant Jewish home combines several means of dealing with this prohibition (you’ll be amazed how much of your physical space is mired in chametz):

1. A thorough scrubbing of all the areas in the home where food will be produced or consumed. The ground rule here is that the chametz should be removed in a manner similar to the way it was introduced—if it was through heat, then the particular utensil should be cleaned and heated for a period of up to one hour, and so on.

2. Covering all the areas where food is produced or consumed with paper, plastic, or aluminum foil sheets.

3. Storing all the chametz products of value (think single malt whiskey) in designated areas which are sealed until after Passover. Those areas are then sold through a special broker to a gentile for the duration of the holiday. You can also do it over the Internet, check out any one of these chametz sale websites.

4. On the eve of Passover, the head of the family checks the entire domicile for chametz, after which they recite an announcement that any chametz stuff that has not been discovered and eliminated no longer belongs to them (see it in the early pages of your Passover Haggadah).

After sunset, Monday, March 25, we all sit down around the seder table, to read the Haggadah, drink 4 cups of wine and eat our first bite of Matzah. This should take us well into the night, when we eat the Afikoman.

If you’re in the diaspora, you get to do the whole thing a second time on Tuesday evening. In Israel you enter the Chol Hamoed-intermediary days of Passover a day early. The holiday will be over in Israel on Monday night, April 1, and elsewhere on Tuesday night, April 2.

Please use the comments to add anything we may have skipped – remember, we were shooting for the essentials. 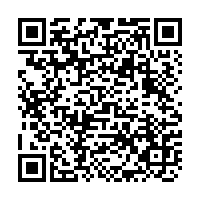