A Palestinian Authority polling institute survey of Arabs living in Judea, Samaria, Gaza and eastern Jerusalem indicate that most want to leave the Land of Israel and emigrate to other countries, according to a Ynet report.

68% of the Arabs surveys are concerned for their economic well-being.

70% of the Arabs surveyed would emigrate to the West if they could. 70 percent.

Among their primary concerns are the increased likelihood of war with Israel, and their worsening financial situation.

If ever there was a solution to the problem of peace in the Middle East (or at least in Israel) it’s staring us right in the face.

Ambassador (ret.) Yoram Ettinger points out that net Arab emigration from Judea and Samaria in 2013 was 20,0000 people.

If 70% of Arabs in the living in the land of Israel want to leave, what better solution is there for peace than to help them land comfortably on their feet in those western countries so concerned about peace in Israel.

It’s time America and Europe did their part for peace – enough talk, now it’s time for action. Open those doors up wide. 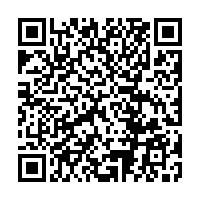