In a letter issued Sunday to Thorbjorn Jagland, secretary general of the Council of Europe — a pan-European intergovernmental organization — Peres wrote that he was “sorry to hear” of the resolution.


The resolution, which was passed overwhelmingly on Oct. 1 by the Parliamentary Assembly of the Council of Europe, calls male ritual circumcision a “violation of the physical integrity of children” and puts it in the same class as female genital mutilation.

“The ritual of male circumcision has been practiced by Jewish communities for thousands of years and is a fundamental element of our tradition and obligation as Jews,” Peres wrote. “The Jewish communities across Europe would be greatly afflicted to see their cultural and religious freedom impeded upon by the Council of Europe, an institution devoted to the protection of these very rights. I therefore urge the members of this distinguished assembly to reconsider this resolution.”

The resolution is non-binding and is not a direct threat to ritual circumcision.

It calls on member states to “adopt specific legal provisions to ensure that certain operations and practices will not be carried out before a child is old enough to be consulted.”

Among the practices named are female genital mutilation, the circumcision of young boys for religious reasons, early childhood medical interventions in the case of intersexual children, corporal punishment and the submission to or coercion of children into piercings, tattoos or plastic surgery.

The ritual circumcision of boys younger than 18 has come under attack increasingly in Scandinavia and German-speaking European countries both by left-wing secularists and right-wingers who fear the influence of immigration from Muslim countries. 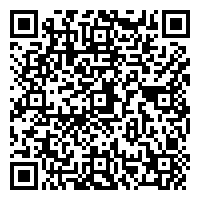