It is hard to understand why American institutions, especially ones in heavily Jewish areas, would feel it incumbent upon themselves to host virulently anti-Israel speakers, especially at this time when brutal, random, terrifying attacks against innocent Jews are taking place in Israel on a daily basis.

But that’s what Greenburgh, N.Y. (in Westchester County) elected officials have chosen to do.


Gideon Levy, one of the best-known anti-Israel journalists (at Haaretz, of course) and an Arab Palestinian promoter of the BDS (Boycott of, Divestment from and Sanctions against Israel) Movement, Suhail Khalilieh, are scheduled to speak at the Greenburgh Town Hall on Monday evening, Oct. 19.

A prime sponsor of this event is the group Jewish Voice for Peace, a “Jewish” organization that uses its religion to stab its homeland at every opportunity. JVP is one of the main proponents of the BDS Movement and admits it does not care whether Israel continues to exist or not.

known in Israel as an acrimonious, anti-Israel ideologue and activist, recently arrested for spitting and cursing at IDF soldiers, who often invents his own facts to support his radical agenda. His fan base consists primarily of fellow Israel haters and activists, while mainstream Israelis and journalists dismiss him as a dishonest propagandist.

Paul Feiner, the town supervisor, and his colleagues rejected the advice of the township police to cancel the event. Feiner’s excuse was that “there are First Amendment issues” should the town refuse to host the event because they have never rejected anyone before. Issues? Yes. Do they command the officials to allow the event to go forward? No.

Asserting time or place and other restrictions on who gets to be hosted at local taxpayers’ expense are reasonable restrictions which can be placed at any time, especially if the local police recommended against holding the event.

In addition, as several of the organizers, including New York attorney Lauri B. Regan pointed out, free speech is not the same thing as hate speech. And, as critics of the event have pointed out, New York State passed resolutions condemning BDS and a human rights law that makes it illegal to promote such boycotts.

Still, Feiner and the other officials chose to allow the anti-Israel event to go forward.

The response to the decision to have the event go forward is a call for area residents to come out at 5:30 p.m. on Monday evening and express their love for Israel in a Stand in Solidarity with Israel rally outside of the Town Hall.

The Jewish Rapid Response Coalition is spearheading this pro-Israel effort. This is the stalwart group of grassroots pro-Israel activists who pulled together the massive Times Square Stop Iran Rally this summer, which drew thousands of Americans to come out and express their support for Israel and disdain for those who seek to harm her.

At a time when so many American supporters of Israel are feeling impotent to stop the brutal wave of violence directed against their brothers and sisters in Israel, here is something they can do to show where they stand. Looking the other way should not be an option. 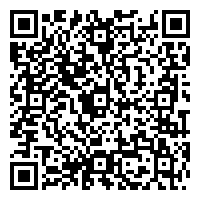