“It is unreasonable to say that Palestinians do not want peace; these words are not acceptable at all,” Erekat said in a statement responding to a leaked video in which Romney dismisses Palestinian hopes for resolving the Israeli-Palestinian conflict.


“The Palestinian community needs peace the most as peace means freedom and independence for us. If the peace process is killed, the Palestinians’ suffering will continue,” Erekat said.

In the video, published by American magazine Mother Jones on Tuesday, Romney is seen telling donors that Palestinians have no interest in peace and are committed to the destruction of Israel.

“And I look at the Palestinians not wanting to see peace anyway, for political purposes, committed to the destruction and elimination of Israel, and these thorny issues, and I say, ‘There’s just no way,'” Romney said.

The clip was shot at the luxurious home of Marc Leder, a private equity executive, in Boca Raton, Florida.

Romney held a Monday night news conference in California to try to contain the damage but did not back away from the remarks about Obama supporters that have drawn sharp criticism from Obama’s camp and even some Republican allies.

“It’s not elegantly stated, let me put it that way,” Romney said. “I’m speaking off the cuff in response to a question.” 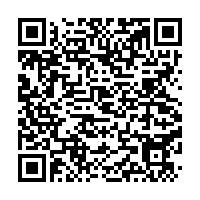