Prime Minister of Israel Naftali Bennett has congratulated the US after ISIS leader Abu Ibrahim al-Hashimi al-Qurayshi was killed Wednesday in a US counterterrorism raid in northwest Syria.

The Biden Administration revealed that al-Qurayshi blew himself up as US forces approached his compound. While killing himself to avoid capture the terrorist reportedly also killed at least another 13 people, including six children and four women.


Speaking about the raid from the White House President Biden said, “Thanks to the bravery of our troops, this horrible terrorist leader is no more.

“Knowing that terrorist had chosen to surround himself with families, including children, we made a choice to pursue a Special Forces raid at a much a greater risk to our own people rather than targeting him with an airstrike.”

On the death of al-Qurayshi Bennett said, “The world is a safer place now that ISIS leader Abu Ibrahim al-Hashimi al-Qurayshi has been eliminated.”

“I would like to congratulate our ally, the United States, and the brave American soldiers on the daring operation,” he added. “We must continue the global war on terror with strength and determination.” 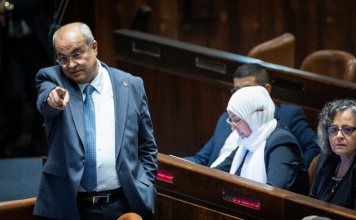