Mohammed the Prophet is not a pig. Let’s make that perfectly clear, so I don’t get arrested for angering a Muslim.

Mohammed is dead. Whether he was a pig or not, or really is a pig in his after life, is not known.

It is known that a 20-year-old Israeli yelled in front of Muslim women on the Temple Mount, “Mohammed is a pig.”

The Muslims did not call Jews pigs. They simply screamed, “Slaughter the Jews.”

Now, guess who was arrested, the Muslim women calling for murder or the Jewess insulting the prophet of Islam, may he rest in the peace process?

Jerusalem police spokeswoman Luba Samri said the police show “zero tolerance” toward such provocations as calling Mohammed a pig, so the Jew, Avia Morris, was arrested.

Police arrested another Israeli on Monday for uttering the same expression.

They [Muslim women] wouldn’t stop insulting us. They didn’t stop offending our feelings and those of Jews. At some point, after more than an hour of taunts and insults, I decided to respond after things reached a climax.

Arabs, of course, reacted with something other than “oink, oink.” Arab media posted the video of Morris making her remark, and Arabs dutifully responded by rioting like, uh, wild pigs.

That is why police arrested her. They don’t want to deal with Arab riots.

The police go into action only after the Arabs actually do slaughter the Jews, such as last year in a Jerusalem synagogue, where three rabbis and another Jew were hacked to death during morning prayer services.

No, Mohammed is not a pig. Why insult a pig? 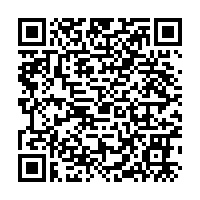