Tendera sued over the promotion for a ZDF documentary about the liberation of Majdanek and Auschwitz in occupied Poland. In the promotional material on the zdf.de website, the channel used the expression “Polish death camps.” The description was changed after the Polish authorities had protested.


In August 2016, the Polish cabinet of Prime Minister Beata Szydło and her Law and Justice party approved legislation that would outlaw the use of the phrase “Polish death camps.” It was expected to pass by wide margins in the Parliament, also dominated by Law and Justice. Under the law, a person who uses a phrase such as “Polish death camp” may be sentenced to up to three years in prison. This also includes anyone claiming that the Polish people or state were responsible for the crimes of the Nazis or collaborated with them or with other crimes against humanity or committed war crimes.

Anyone minimizing the role of those “truly responsible” for these crimes, meaning Nazi Germany, would be subject to the same punishment.

The punishment would apply equally to Polish citizens and foreign nationals and would include anyone who violated the law unintentionally, meaning without intending to harm Poland’s reputation. The legislation would also apply to anyone who deliberately or mistakenly refers to the Auschwitz extermination camp, which Nazi Germany built on occupied Polish soil, as a “Polish camp.”

Yad Vashem criticized the Polish bill, warning that its approval in parliament would be considered Holocaust denial and a regression in Poland’s efforts to face its dark past.

Many Jewish Holocaust survivors who grew up in Poland remember the vast majority of Poles as Nazi collaborators who turned-in their Jewish neighbors en mass. They point out that in a country with some three million Jews, fewer than 10,000 Poles risked their lives to save Jews, while most Poles expressed their tacit approval to the rounding up and murdering of their Jewish neighbors, and numerous Poles aided the Nazis in identifying the Jews in their midst.

Many Jewish survivors suggest that the reason the Nazis picked Poland for their hellish death camps was because they expected that Poles, whose government had instituted anti-Semitic racial laws several years before the 1939 invasion, would be hospitable to the death camp enterprise.

In fact after the war had ended, there were reports of pogroms by Poles against Jewish survivors who had returned home from the camps.

Polish journalist Jerzy Haszczyński wrote that when the phrase appears in foreign media, it “insidiously suggests that our state and our people were responsible for German crimes,” but confessed he wasn’t sure whom the law targets. “Almost every use of the phrase that I can recall ended with a profuse apology,” he noted.

The ruling by the court in Kraków overturned part of a verdict by a lower court which last April found that ZDF had damaged Tendera’s dignity as well as his national identity, but cited the fact that ZDF had apologized to the plaintiff in a personal letter as reason to dismiss his complaint.

Reform Clergy Cycles to Auschwitz in ‘Ride for the Living’

The Palestinians and a Democratic President in the White House 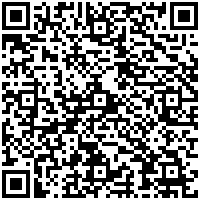