A new poll examining the anticipated voter turnouts among different segments of the population, predicts significant changes in the modes of voting this year, Ha’aretz reported Wednesday. This could mean the transfer of 3 to 4 votes from the right to the left, as compared with the regular polls which do not take into account the “unlikely voters” and their political leanings.

Now, before we dig into these claims, we have to consider both sources: Ha’aretz, which is directly involved in promoting left-wing politicians, and Proyect HaMidgam (the Sample Project), operated by Dr. Ariel Ayalon, which conducted the poll, and which is an Internet pollster. Those two factors weigh heavily on the numbers being provided, but they may still be correct about the trend.


Incidentally, Ha’aretz fails to mention the part about this being an online survey, as opposed to being conducted by the pesty and the jobless.

Based on the responses of a sample of 1200 Israelis who participated online, it turns out that right wing voters who took part in the last elections are showing “a lack of enthusiasm” about voting for the right wing block this time around. On the other hand, leftist voters are more charged and eager to vote for their parties’ lists.

The reluctance is most prevalent among those who voted Likud, Israel Beitenu, and Shas.

According to the survey, 62% of voters who skipped the polls in 2009 say they will vote this year (30% for sure, 32% positively considering it). Many of those have tied their decision to the 2011 summer of protests, saying that’s what shaped their decision to vote again. And 70% of those intend to vote left, only 30% right.

On the other hand, the same survey discovered that 5% of those who did vote in 2009 said explicitly that they intend not to vote this year. This represents some 160 thousand voters. Another 24%—about 750 thousand voters, said they’re undecided about voting this year.

And, according to the pollsters, the vast majority of those come from the right.

A few senior pollsters have commented on these results saying they show things are much more liquid than we’ve been anticipating. One result of this, they say, might be increased voting for the small, niche parties, which could either end up helping those parties cross the blocking percentage threshold (a party must win two full seats to enter the Knesset)—or it could cause the waste of a large percentage of the votes.

Israel’s election rules permit parties to sign agreements on sharing excess votes between them, meaning a party with more than, say, the number of votes needed for 5 seats, can contract to receive a second party’s extras, which might award the first party a sixth seat. But in order for that deal to be sanctioned, both parties must first cross the blocking percentage.

The poll was conducted on January 13 and 14, among 1200 participants, and was ordered by the Institute for Israel’s Future leadership, a think tank located in the souther town of Sderot.

As a right-wing voter who speaks to other right-wing voters in shul, in the supermarket, in public transportation—I must sadly state that anecdotally I can confirm this survey’s findings. Right wing voters in Israel have been swindled so many times by the elected representatives, that they’ve moved beyond cynicism, to a kind of apathy. We list our parties not according to what we expect them to do for us, but rather according to how fast they’ll betray us once we gave them our vote.

Shas must be the least trusted of all the right-wing parties (based on my personal, strictly anecdotal observation). Likud-Beitenu is next, with the average right-wing, National religious voter expecting it to form a left wing coalition. Jewish Home might score a little higher in our eyes, but watching its chairman, Naftali Bennett, flip-flopping, and refusing to answer some very important questions, especially on how he intends to deal with a Knesset list that combines culturally modern liberals such as himself and Uri Orbach, with others who advocate not renting to Arabs. And each new day brings new flips and flops, it appears.

And so, at least among people I talk to in shul, there’s a growing tendency to pick MKs Michael Ben Ari and Aryeh Eldad, about whom there’s a broad consensus that they will not vote for the 2-state solution, come hell or high water. And just like the nice pollster warned, this could end up with thousands of our votes ending up on the election committee’s floor. 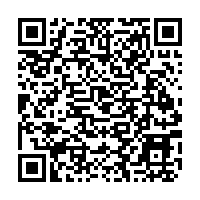