A popular Arab singer in Israel has celebrated her 32nd birthday by becoming a Jewish woman, according to the Hebrew-language daily Yediot Acharonot.

Vocalist Nasreen Qadri, a resident of Haifa, was born into a Muslim family. A major success in the entertainment world in both Israel and abroad, she became engaged to a Jewish man; but when the couple faced severe opposition from both families, they separated – and Qadri began the process of conversion.

Her two-year journey through the process was guided by Rabbi Dudu Deri, according to Yediot Acharonot.

Today, Nasreen Qadri is Muslim no longer. Her name now is Bracha bat Sarah, in Hebrew, a “blessing” and daughter of the Biblical matriarch Sarah, mother of both faiths.

Looking Back on the Life of Barack Obama 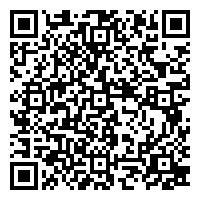