An American Jewish lawyer claims he nearly got Al-Qaeda to unite with ISIS as part of an attempt to free an American hostage. The unification of the two terrorist movements could have had huge implications in the Middle East and worldwide.

Attorney Stanley Cohen told the British Guardian that ISIS and Al-Qaeda nearly bridged the gap between them during negotiations, led by him, to free American aid worker Peter Kassig.

Cohen is a radical figure who has worked with Hamas and Al-Qaeda in the past. He openly supports Hamas, which is fighting to obliterate Israel and replace it with an Islamic caliphate.

He says he got involved in efforts to save Kassig after he was approached by Arabs from a Palestinian refugee camp in Lebanon. They told him that Kassig, a former US soldier who later became an anti-war activist, was “a good guy.”

Cohen told the Guardian that he was uniquely able to help Kassig due to his contacts in Al-Qaeda. He claimed to have the FBI’s support in pursuing Kassig’s request, although it is not clear if the FBI was aware of the details of Cohen’s work.

Cohen’s contacts put him in touch with Abu Muhammed al-Maqdisi, one of the world’s most infamous preachers of radical Islam. Maqdisi’s former pupils include Abu Musab al-Zarqawi, who plotted countless murders in Iraq, Turkey, Morocco and Europe, and – more importantly for Cohen – Turki al-Binali, a senior member of ISIS.

The negotiating team hoped Maqdisi could influence Binali to order ISIS to release Kassig. And apparently he nearly did: with a proposal that would have created a united Al-Qaeda-ISIS terror front. Maqdisis suggested that Al-Qaeda and ISIS stop their mutual criticism and work toward reconciliation; in exchange, ISIS would free Kassig and stop taking Western hostages.

An alliance between the ISIS and Al-Qaeda could have turned the bloody civil war in Syria in ISIS’s favor – a change that would have portended disaster for Kurds, Shia Muslims, and other minorities in Syria, as well as for Israel, which could have found itself facing an ISIS-led caliphate on its northern border.

The scheme failed when Jordan moved to arrest Maqdisi over his contacts with ISIS. While Cohen expressed regret at the lost opportunity to save Kassig – who was killed by ISIS a short time later – millions of others can sleep more safely knowing that the Middle East’s bloodiest terrorist groups remain, for now, divided. 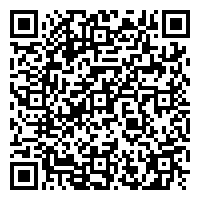