President Reuven Rivlin met with Pope Francis on Thursday in an official visit to the Vatican.

The two leaders were expected to discuss the recent attacks on Christian sites in Israel and the issue of freedom of religion in the Jewish State.

Rivlin referred to the pontiff in remarks prior to his trip as an “inspirational leader who believes in dialogue between different faiths and whose activities and statements are aimed at the promotion of this dialogue.”

The two men exchanged gifts during the visit, which lasted about 30 minutes with both meeting in the pope’s private study.

Israel’s president presented the pontiff with a reproduction of a stone stele inscribed with Aramaic script that reads, “House of David.” It is a gift based on an original that dates back to 9 BCE, discovered at the entrance to the ancient City of Dan, in the Hula Valley.

Rivlin told the pope he wanted to present the gift “as a symbol of hope and living together for all faiths.”

Pope Francis presented Israel’s president with a bronze coin engraved with a two intertwined olive branches to symbolize the dual obligations of state and nation to seek peace between peoples. Included was a the dedication, “O seek that which unites, and overcome that which divides.” 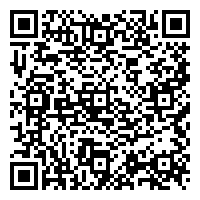