On Saturday night, during a rally for social justice in Tel Aviv, Moshe Silman, 58, set himself on fire, becoming the symbol that organizers of the march for social justice needed to make their case that much more compelling. Indeed, the Facebook pages of many activists quickly filled up with statements like “His story is the story of all of us.”

Daphni Leef, one of the most notable leaders of the social justice movement last Summer and this time around, stated: “This is the responsibility of the Israeli government which is not taking care of its citizens.”


But while it is true that Silman, who is currently out of danger and in stable condition at the Shiba Medical Center in Ramat Gan, has experienced a series of personal failures in his encounters with the authorities who appear, from the record, to have treated him quite heartlessly, it is also clear that Silman’s case is by no means typical.

A psychiatric report was uploaded to the Rotter.net website, which was attached to Silman’s law suit against Israel’s social security administration, reveals a man raised by a violent father, himself a Holocaust survivor, who used to beat Moshe mercilessly. So much so, that the latter left home at age 14 to escape his father’s wrath. He lived on the streets as a teenager, used drugs and supported himself by breaking into cars. He attempted to rehabilitate himself through his military service, but was ultimately discharged on psychiatric grounds.

Silman was unable to forge steady relationships with women, nor was he ever able to hold on to a job for a long time. He ended up leaving for America and bandied about until he decided to return to Israel some time around the year 2000 (his ability to recall dates and chronological events is impaired, according to the report).

His attempt to establish a business ended in abysmal failure, as he was unable to cope with clients, debt payments and the different government offices. To get out of debt he made his mother sign a mortgage in his behalf which he was unable to pay back. In 2005, after he was evicted for lack of payments from an apartment he purchased in Jaffa, Silman attempted suicide. According to the report, he took pills and slashed his wrists.

The psychiatrist, Dr. Hillel Ma-Naim, recommended at the time that a great deal of support be given by the state to Silman, pointing out that his ability to save money is “highly limited.”

Ynet quoted eye witnesses who said that Silman read out a letter before pouring flammable liquid over himself and setting himself on fire. He wrote, among other things: “The State of Israel robbed me and left me with nothing.”

The letter continues: “I blame the State of Israel, Benjamin Netanyahu and Yuval Steinitz for the constant humiliation the citizens of Israel have to endure on a day-to-day basis. They take from the poor and give to the rich.

“I can’t afford medication or rent. I paid millions in taxes, I served in the army and in the reserves until I was 46. I won’t be homeless and that is why I am protesting against all the wrongs the state imposes on people like me.”

An examination of the material attached to Silman’s 2005 law suit reveals a system that keeps on battering an individual who is mentally unable to cope with the elementary requirements of running a business and caring for himself. But the failure here appears more of Israel’s health and social service authorities to identify and extend help to a deteriorating client, than an example of the lack of social justice in Israel. 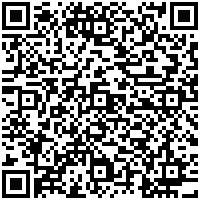