(JNi.media) Temple Mount in Jerusalem is calm Monday night, after dozens of Arab youths have rioted in Al Aqsa Mosque (on the Temple Mount). They threw Molotov cocktails, fireworks and stones at police officers, and barricaded themselves inside the mosque overnight, after police announced Sunday that it was restricting entry to male worshipers age 50 and older.

During the night there were negotiations between the barricaded youths and police over their removal from the mosque, and when the youths persisted in refusing to leave peacefully, on Monday morning police broke into the mosque plaza, and blocked the entrance of the mosque measures to prevent projection of stones and dangerous objects, so the Temple Mount compound could be opened to visitors. Ma’an reported some 15 police snipers were deployed on the roof of the southern mosque, while Israeli forces in riot gear were stationed in the main courtyards. According to Israel Radio, several small fires broke out at the entrance to the mosque as a result of firebombing. Finally, Ma’an reported, police closed the doors of the southern mosque with chains and forcibly evacuated worshipers from the area through the Hatta Gate.

Palestinian Authority Chairman Mahmoud Abbas, who is in New York for the UN Assembly, told Palestinian television that Israel wants to turn a religious issue into a political one, adding that he had updated world leaders with whom he met regarding the mosque situation.

In reality, Israel is examining the possibility of permitting Jewish worshippers to conduct services on the edge of the compound, far from the mosque, in order to meet their religious needs, as well as international law regarding the rights of people to worship in their holy places. The Arab response—unyielding violence, incited by the PA as well as by Hamas—appears to be more along political lines.

Officials from the PA Ministry of Endowment told Ma’an that dozens of Israeli forces raided the holy site and fired stun grenades and rubber-coated steel bullets. The Palestinian Red Crescent reported 22 Arabs were wounded, three hospitalized, after being hit by rubber bullets—one Arab was struck in the face inside the mosque. 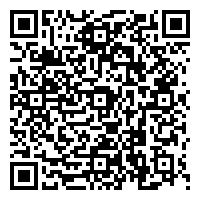