The Islamic Republic had attempted to buy a shipment of compressors which have nuclear and non-nuclear applications from the U.S.-owned Howden CKD Compressors company.


Iran attempted to buy the product from the Prague-based Howden CKD firm in the Czech Republic.

“The procurer and transport company involved in the deal had provided false documentation in order to hide the origins, movement and destination of the consignment with the intention of bypassing export controls and sanctions,” noted the United Nations panel that monitors compliance with the sanctions currently imposed against Iran.

The contact who spoke with Reuters on condition of anonymity said the value of the contract would have been about 1.5 billion Czech koruna ($61 million), a very high sum.

Western nations and the U.S. say Iran is continuing to do what it can to evade international sanctions limiting its nuclear development.

This is taking place while Tehran is negotiating an agreement with the U.S.-led delegation of five world powers on a deal to roll back those sanctions in return for limiting the growth of its atomic technology program.

But serious questions about Iran’s reliability remain, as do issues about the actual current status of its program.

Israel maintains the deal being negotiated at present is a “bad deal” and is one that will bring Iran closer to an atomic weapon rather than block it from progressing farther, faster. 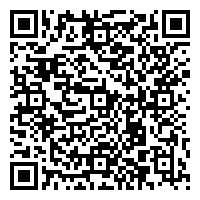