Remember former MK Moshe Feiglin’s plan to saturate the Likud with his supporters, who would then vote him into the party’s leadership? Now it appears that an Ethiopian MK is planning a similar move, except that instead of Judea and Samaria Jewish residents, he wants to flood the Likud with Ethiopians.

Likud MKs Avraham Neguise and David Amsalem made some headlines during the Knesset winter session when they refused to vote with the coalition in protest of the Netanyahu government’s failure to bring home the remaining 6,000 — and some say 18,000 — Falash Mura from Ethiopia. For the record, the Falash Mura are not Jews but Christian neighbors and distant relatives of the Ethiopian Jews who were brought home by Israel in the 1980s and ’90s.


Near the end of the winter session, Netanyahu struck a deal with the two renegade MKs, to fly in some 1,300 Falash Mura in exchange for the two MKs returning to the fold. Neguise and Amsalem will also be penalized by not being allowed to speak from the podium throughout the summer session, much less propose legislation.

Now a leaked audio that reached Walla shows that the two MKs’ collaboration was not entirely altruistic. In the recording, MK Neguise is heard telling an Ethiopian audience in Hebrew and then in Amharic to register as Likud party members in order to bolster his power.

“We will become strong if all the people will join the Likud and will be there when we compete, and choose us. Not just with their votes but also with their actions,” Neguise tells his flock on the tape, adding, “If Dudi Amsalem becomes Interior Minister and I become Minister of Absorption, no one will stay even one day over there (in Ethiopia). That’s why we must become stronger, this is a democratic country, and take care of our own interests.”

Not all the Ethiopians are necessarily in favor of Neguise’s effort to bring to Israel thousands of Ethiopian Christians. Some in the community accuse him of acting strictly to boost his own power rather than out of caring for them. Some accuse him of collaboration with The Church’s Ministry among Jewish People (CMJ), a missionary organization that was started in the UK in 1809, whose website proclaims: “We pray the Lord will keep His hand on all we do, as we continue to impact the Jewish people with the truth about Messiah Yeshua, until the day ‘all Israel will be saved’ (Romans 11:26).”

The Likud rank and file are not enamoured either with the ambitious team of Neguise & Amsalem. Internal discussions have yielded complaints that back in 2010, when Neguise was still an Ethiopian community organizer, he reached an agreement with the two ministers who were in charge of the Falash Mura immigration whereby the group that was brought in then would be the last one. “Now he’s scheming to bring more of them, even though they are mostly non-Jews.”

According to a 2015 report of the rightwing NGO Liba (Jewish Core in the Israeli public), “one of the main problems in bringing [the Falash Mura to Israel] is that among the newcomers many do not live as Jews fatr their arrival in Israel. Worse yet, many continue to live in Israel as bona fide Christians and some even do missionary work within the community.”

Many in the Jewish Ethiopian community have been warning that the figure agreed on last week—1,300 Falsh Mura—does not represent the real numbers, and that there may be as many as 18,000 Ethiopians, almost entirely non-Jews, in camps where they are preparing to immigrate to Israel.

Jewish Ethiopian journalist Tsega Melaku has suggested that the confusion associated with the Falash Mura is intentional. She describes a situation whereby whenever a group leaves the camp in the city of Gondar, Ethiopia, the space is quickly filled with new groups yearning to leave for the promised land. Melaku says the Kessim, the traditional religious leaders who have held fiercely to their Jewish faith and know exactly who is Jewish and who isn’t, are being kept out of the picture.

Melaku has filed a complaint with Israel’s police after what she described as threats from “Neguise’s people.”

Another Ethiopian journalist, Ainao Freda Sanbato, has also written that the Falash Mura are little more than “Christians impersonating Jews,” who are shipped to the Gondar camps by CMJ, where they are taught the minimum they must know to pass for Jews.

MK Neguise responded with a statement saying it isn’t up to him to determine who is Jewish among the Falash Mura, it is up to the ministry of the interior. As to charges that he is advocating for Christian Ethiopians in Africa while neglecting his duty as MK to the Jewish Ethiopians in Israel, Neguise said his Knesset bills so far have dealt mostly with the fight against racist discrimination. He also denied it was his people who tried to intimidate Tsega Melaku.

Hebron Then And Now 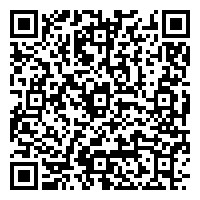