The IDF reported in a statement at about 1 am Thursday that Iranian forces fired 20 rockets at Israel on the Golan Heights, shortly after midnight late Wednesday night. Iron Dome shot down some of the rockets. The statement continued that there are no wounded and no known damage is reported.

7:00 am Update: 30 Rockets were launched at Israel last night. The IDF shot down 4 missiles that would have hit Israel. The rest fell short and landed in Syria.


There were reports of Syrian air defenses firing towards the border town of Quneitra. Arab sources reported that Israel Defense Forces were shelling areas near the city of Quneitra, perhaps related to reports of an IDF attack that began shortly before midnight. Arab sources claim the IDF hit a Hezbollah position, and that anti-aircraft fire was emanating from Syria.

Video of shooting towards towards Israel. May 10, 2018

Red Alert incoming rocket siren blared through the Golan Heights shortly after midnight, sending area residents racing for shelter in their safe spaces. The alert was heard in areas of the Golan Heights and in the city of Katzrin. Residents have been told to stay in their shelters.

Parents leaped out of beds, grabbed sleeping children and made a beeline for the bomb shelters that were opened in preparation for just such a possibility a day or two earlier.

Hezbollah has threatened to strike harder and deeper into Israel, if Israel responds to this attack.

1:35 AM: Syrians report explosions in Damascus and Kuneitra countryside. There is no more attacking coming from the Syrian side.

2:00 AM Golan Heights residents can leave the bomb shelters. 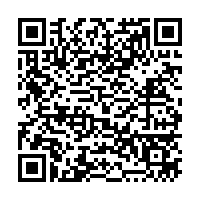