The Red Alert incoming rocket siren was activated at around 3:20 am Monday in the coastal city of Ashkelon and throughout the Lakhish region.

Israeli Defense Forces are investigating to determine whether rockets were, in fact, fired at southern Israel from Gaza and if so, where they may have landed.

No injuries and no property damage reported thus far.

Thinking Outside The (Chalitzah) Shoe Box 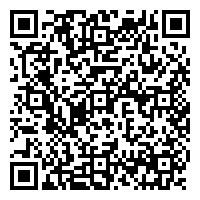