The special AMIA Fiscal Unit was created in 2004 to act in dealing with the root cause of the attack.

Lawyers for families of the victims, court officials and others involved in the investigation will have access, according to the same report, which suggests tt will be a “simple” procedure

President Kirchner’s declassification of secret information kept so far by the Ministry of Intelligence followed the death of prosecutor who Alberto Nisman, who investigated the attack.

The President said “there is no one who doubts that existing information has been decidedly of concern to the government ,” explaining she decided to remevie the secrecy from an issue “that mattered to us all. ”

The release of the documents will be implemented two days before the second month’s anniversary of the death of Nisman, who on January 14 accused the President, Foreign Minister Héctor Timerman and other leaders of covering up the Iranian involvement in the AMIA bombing.

Nisman’s complaint was dismissed outright after his death, by Judge Daniel Rafecas, who decided there was no evidence or suspicious elements pointing to the existence of a crime.

The Federal Court now must decide whether to credit a new complaint, delivered by the Nisman’s replacement, Prosecutor Gerardo Pollicita. 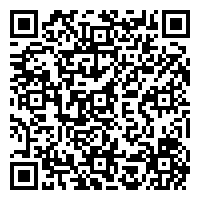