The head of the AMIA Prosecution Unit (UFI-AMIA) on Monday requested that “the appropriate diplomatic and foreign policy mechanisms be activated to comply with the court order for the arrest of Mohsen Rezaee (issued by the then judge in the case Rodolfo Canicoba Corral on November 9, 2006), who is the subject of a red alert issued by Interpol for his alleged involvement in the AMIA bombing and who, according to various websites, has traveled to the State of Qatar,” Argentina’s Télam state news agency reported.

Rezaee arrived in the Qatari capital Doha on Sunday and was received by the Deputy Foreign Minister of Qatar and the Iranian Ambassador.

Rezaee, Iran’s vice president for economic affairs, is wanted by Argentinian special prosecutors for his alleged participation in the planning of the July 18, 1994 attack on a Jewish center in Buenos Aires.

It has been 28 years since the AMIA bombing in Buenos Aires, and still no justice has been served. pic.twitter.com/YkJEOfuFoh

The bombing targeted AMIA – the Asociación Mutual Israelita Argentina (Argentine Israelite Mutual Association). In the suicide bombing, a van packed with explosives was driven into the AMIA building and detonated, killing 85 people and injuring more than 300. It was the deadliest terrorist attack in Argentine history. Argentina is home to 230,000 Jews, the largest Jewish community in Latin America and the seventh-largest in the world.

In 2006, Argentine prosecutors Alberto Nisman and Marcelo Martínez Burgos formally accused the Iranian government of directing the bombing that was carried out by Hezbollah. In 2015, Nisman filed a 300-page document accusing former Argentine president Cristina Fernández de Kirchner of covering up Iran’s role in the incident. Nisman was murdered hours before he was due to testify against the former president, which the Federal Court of Buenos Aires ruled was a “direct consequence” of Nisman’s accusations against Kirchner.

A diplomatic source told AFP that the Argentine foreign ministry had granted the special prosecutor’s request after confirming Mr. Rezaee’s presence in Qatar. Foreign Minister Santiago Cafiero “instructed the Argentine ambassador in Doha … to communicate urgently with the Qatari Foreign Ministry and report on the situation,” AFP reported, citing the diplomatic source.

Seems the billions of dollars the Islamic Republic has stolen from the people of #Iran have gone directly into Botox and a makeover for #IranElection2021 candidate Mohsen Rezaee.#رييسي #راى_من_سرنگونى pic.twitter.com/OJrk3T1wDD

Rezaee’s eldest son, Ahmad, sought political asylum in the United States in 1998 and spoke against the policies of the Iranian Islamic government, accusing his father and others of supporting terrorist acts. He returned to Iran in 2005, recanted his statements, and left for the United Arab Emirates, where, on November 13, 2011, his body was found in a hotel in Dubai, having been killed by a hotel employee. Dubai Police later said he had died after taking a large quantity of antidepressants. Rezaee’s other son, Omidvar, has served in Iran’s Parliament since 2008. 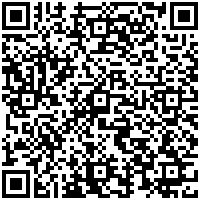