An Israeli airstrike hit a site in Lebanon known for its arms smuggling and recruitment for Hezbollah, according to the Lebanese media.

The Daily Star on Monday quoted a Lebanese security source as saying that the Israeli Air Force strike targeted a “qualitative” weapons shipment in the area of Janta on the Israel-Syrian border. Other Lebanese media also reported an attack.

Israel has said it will not allow Hezbollah to receive high-quality weapons from its allies in the Syrian government. 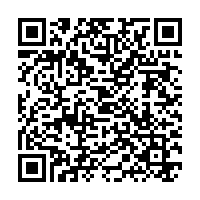