These days the work on analyzing the figures of the 2013 population census is being concluded, and once again the Jewish Settler communities are showing a resounding increase, according to Srugim. Based on these figures, 2013 has seen a 4.3 percent population growth in Judea, Samaria and the Jordan valley.

As of last December (which means the real figures for today are even higher), the Jewish settler population in Judea and Samaria is about 375,000, with an addition of some 15,400 new residents. The Judea and Samaria annual growth rate is more than twice the average in Israel west of the 1949 armistice line—aka the green line—which is 1.9.


The greatest growth was registered in 2013, same as in 2012, in the smaller communal settlements, some of which are in very remote locations, away from the population clusters of Tel Aviv and Jerusalem. A source in the Yesha Council has suggested that this shows that the settlement movement is still being motivated mostly by ideology. But it could also mean that their cable TV and Internet service is not as reliable, which leaves young locals with more free time.

Sources in Yesha Council happily point out that these amazing growth rates have been achieved despite the delays and freezes in construction bids and land-use planning, and despite higher real estate prices across Judea and Samaria due to the diminishing available stocks.

Yesha Council Chairman Avi Roeh told Srugim: “Our area has become very attractive to young couples, and demand supercedes supply. This can also be seen in the growth of the number of students in the schools.”

Roeh added: “We’re working on developing old and new settlements and increasing the number of educational institutions across Yesha. It’s our way of supporting the State of Israel by raising the housing supply and bringing down apartment costs for young couples.” 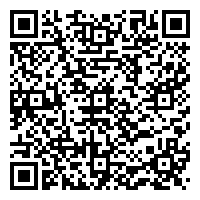